Nowadays we live in the world where this word is either misused as an offensive comment, replaced with other silly words or not used at all. People are afraid to hurt other’s feelings because our minds are set to look at those words as a taboo words. Society made us think that being fat or too skinny is wrong and should be something that we won’t talk about.

I say – screw this! It’s 2020 and nobody will tell me if I can call myself “fat” or not. It’s not an offensive comment or a call for attention – NO! I’m just embracing what I already know, creating a new meaning for this word.

Why do we use those words in a offensive way? Why it can’t be something nice? Questions are growing in my mind every day. We’re creating those labels and boxes to put people in which makes us think badly about ourselves. Because, I am fat so I can’t be anything different, right? You’ve got it all wrong!

I am going to tell you this right now – labels don’t matter. You can label yourself “chubby”, a “teddy bear” or even the “hourglass type” but in the end we all know that it’s the word “fat” hidden behind it. It makes me wanna scream out loud to the faces of people who are trying to tell me that I’m “plus size”. “No, sir, I’m fat” – I say.

There’s been a lot of controversy around the word “fat”. It’s not only taboo word never used by fatties but I’ve heard mothers and fathers teaching their kids that the word “fat” is a bad word and we should never use it in public or, God forbid, in front of fat people. It got me thinking couple days ago – how “fat” is a bad word but “skinny” is a compliment. When you see a thin person and you say that they look great and that they’re so skinny, they smile and thank you for saying that. Now, I am not assuming that skinny people love being called skinny, it’s just I’ve never heard one person saying that “skinny” is a bad word.

Imagine the situation where you and your skinny friend are sitting on a bench and there’s a child with their mother calling you “fat” and immediately after you hear a mother say “That’s not nice! You shouldn’t say that! It’s a bad word!”. Now, let’s do the opposite. Let’s say your friend is being called skinny. What do you think mother will do? Will they slap their wrist and say it’s a bad word or will they let it slide with a “Yes, the lady is skinny, darling. Let’s go now, okay”?

I’m pretty sick of getting this euphemisms for fat people. Let’s think about it. If fat people won’t acknowledge that they’re fat, are they really accepting themselves? If you stand in front of the mirror and tell yourself that you’re not fat, just “chubby”, are you really making progress with self-love and confidence?

I’m fat and I’ve been telling myself that since I turned 18. I was avoiding this word like fire and I didn’t want people to call me fat because it made me feel bad about myself – and that’s where the problem is. Fat people don’t have the privilege to treat the word “fat” as a compliment in this world. It’s been always something that people would avoid and not talk about rather than face it. Now, people use the word “thick” for people who are bigger. And it really makes me angry.

But I want you to know that calling yourself “fat” is the first step to self-love. Let your mind know that you have a mirror and you look at yourself every day, and you see it. Let yourself know that you accept your fat curves. Embrace the word “fat” as a compliment, not as an offensive comment.

Next time when somebody will tell you “you’re fat”, instead pushing yourself to say “no, I’m not” and starting the unnecessary argument about it, just smile and say “thank you”. I will 100% guarantee you that it will throw people off, make them confused and unsure. They will think that they are offending you, but YOU show them that it’s not something bad. You be your Queen of Fat!

The acceptance is one step away and you know you can do it. So I want you to look in the mirror today and say “I’m fat” and then smile. I’m not going to lie to you – it will hurt for the first time. You’ll probably will cry about it and the sadness will come creeping up on you, but you FIGHT IT! Don’t let the other people’s opinion ruin perspective on yourself. You own this word. I believe in you.

You can change the word “fat” into something beautiful. It will take time. Months or even years, but you are the one who decides when you’re ready to embrace it. 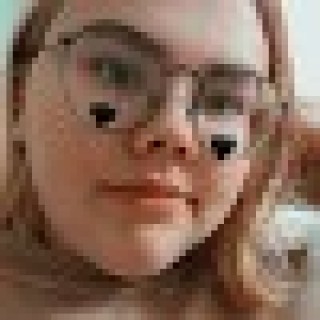